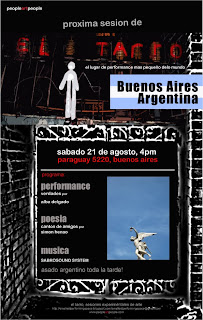 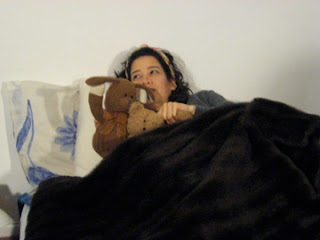 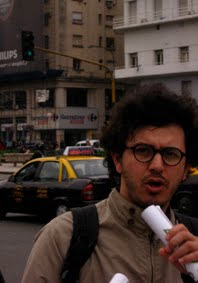 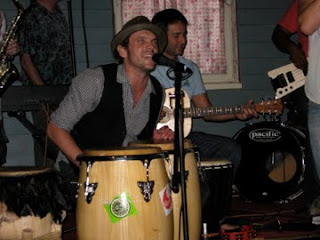 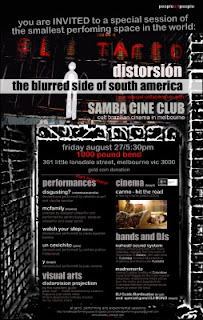 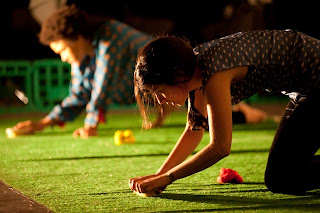 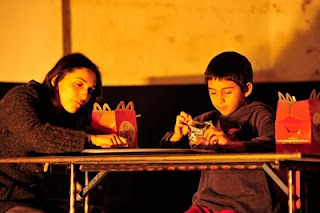 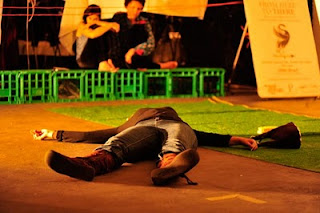 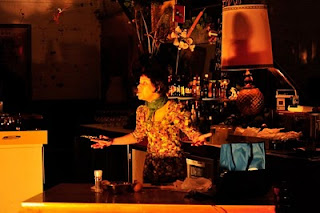 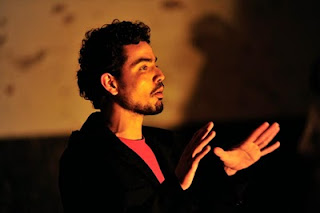 y- devised and performed by joao oliveira
photo by randi wagner
in a very special collaboration with Samba Cine Club (Cult Brazilian Cinema in Melbourne), we want to invite you to a very special session of el tarro, the smallest performing space in the world with performance art, cinema, visual arts, bands and DJs from and about south america.
an art intersection:
distorsión-distorção
the blurred side of south america
friday august 27, 5:30pm at 1000 pound bend - 361 little lonsdale street, melbourne
gold coin donation
distorsión-distorção will give you a taste of flavors to hit on the road through the movie of the night.
live music to boneshake a bit of colombia, peru, brazil, uruguay...
beats and therapies will dig your dance to choro, cumbia, aztec-dub and so much more...
let your soul unfold, see what you don't know, we want to take you back to our other side!
performances start at 7pm sharp!

devised and performed by rebekah stuart and claudia escobar

devised and performed by joao oliveira

Aztec/Cumbia/Dub/Electronic music collective originally from the roots of Tenochtitlan in Mexico, Afro-latin roots in Colombia, Andiean Mountains in Argentina and Downunder Australia.

Having Cumbia, traditional Colombian music and Reggae as the main musical influences, madremonte mixes stories from the myths and legends from Colombian folkclore and global social issues to create the lyrics.

Samba Cine Club is an initiative to promote brazilian culture through cinema and music and show different faces and facets of brazil.
go to samba cine club website for more info on the movie of the night 'carmo: hit the road' (2008)http://sambacineclub.wordpress.com/
No comments:
Newer Posts Older Posts Home
Subscribe to: Posts (Atom)